These Fall/Winter 2022 Women’s Fashion Weeks marked a major shift from the past two seasons; not only did FW22 see the full return of the physical runways shows, along with the spectacle of it all, but it almost felt as though the mid-pandemic seasons of phygital shows never even happened, attesting to the amnesia of the fashion industry.

Across Paris, Milan, London, New York, and Copenhagen, established and emerging designers presented a multiplicity of messaging, styles, and trends. The respective identities of these four fashion cities were truly infused into designers’ collections this season, with a few shows standing out from the rest with particular trends on social media and beyond.

Miu Miu’s already off-the-charts mini skirt took over Paris and social media, while Gucci’s runway show with sportswear brand Adidas had all of Milan whispering about the bold collaboration. New York had the pleasure of hosting the Alexander McQueen show for the first time in over 20 years, and London once again featured fashion’s favorite emerging designer, Nensi Dojaka, and her already-recognizable lingerie-style looks. In Copenhagen, Stine Goya’s signature prints of color and design once again graced the runway.

To pay tribute to the US and Europe’s major fashion week hubs this Fall/Winter season, Heuritech’s experts analyzed each city’s collections to determine the standout trends of FW22 for each. Our fashion experts combed through all of the FW22 collections, paired with our AI-based analysis of social media. Based on both qualitative and quantitative data, we’ve identified the top three trends of Paris, Milan, London, New York, and Copenhagen.

Paris: Classic and playful for FW22

In Paris, the most visible fashion week season-on-season, there was a noticeable emphasis on modernized, classic pieces.

Tailored formal pants, for starters, accounted for 19% of images containing pants analyzed across social media by our AI technology. This garment evidenced the return of classic suiting this season from brands including Calvin Luo, Louis Vuitton, and Valentino.

Another FW22 trend is checked prints, which were by far the most visible print in Paris, appearing in 30% of images containing a printed garment. While the colors often remained rather muted from brands including Miu Miu and Loewe, the print nonetheless managed to make a statement on the runway. Lastly, the strapless dress had a small presence in Paris in collections such as Loewe and Givenchy, appearing in 7% of total runway images analyzed.

Not far from Paris, Milan Fashion Week featured slightly bolder trends than its neighbor. One trend was similar, however, with the spaghetti strap neckline appearing as a common choice in Milan for lingerie-inspired looks. Out of all the dress and sleeve variations spotted on dresses from the Milan runways this season, the spaghetti strap dress accounted for 8% of them.

Another stand-out trend from Milan was the shearling coat, appearing in 15% of runway images containing a coat from brands including Etro, Ferrari, and Diesel. Lastly, the wide leg pant was visible in 16% of runway images, demonstrating that the wide leg pants craze is not quite over yet. Brunello Cucinelli and Johan Ku were two among many designers who went for an exaggerated width, with fluid, neutral-colored materials.

London: The city of daring classics

In London, seductive simplicity defined the runways. The week’s star trend was the mini skirt, representing over half (54%) of all runway images from London containing a skirt. 16Arlington, Supriya Lele, and more opted for unconventional colors and materials, keeping to a short, flirty skirt length for the Fall/Winter season.

The trench coat, on the other hand, was the dominating outerwear silhouette, in line with the general trend of classic silhouettes that partially defined this season. The coat represented 19% of all London runway images containing outerwear, from brands including Rejina Pyo and Roksanda.

Finally, the strapless dress once again made an appearance, comprising a 4% share of dresses seen on the runways of London. Fashion East and Mark Feast were among the designers to feature strapless dresses, and contrary to Paris and Milan’s iterations of the trend, London put a partygirl twist on the look with brighter colors and shiny materials.

New York: The return of trends old and new in FW22

Across the pond in New York, new and returning designers created an air of excitement in the city. To start, hourglass silhouettes were quite popular this season, reflected by the presence of belted jackets representing 10% of all images analyzed containing outerwear. This echoes the belted coat trend we observed during Men’s FW22 Fashion Weeks earlier this year, this time with womenswear designers including Et Ochs, Michael Kors, and Maryam Nassir Zadeh (pictured left) creating classy and cool looks.

The skinny silhouette is also back, as leggings were present in 19% of all runway images analyzed from New York. For instance, Laquan Smith featured latex leggings, while PH5 went for whimsical knitwear bottoms. Lastly, the sexy dressing trend seems to be on the decline this FW22 season in New York, reflected by the crop top comprising only 7% of all runway looks.

Last on the list but certainly not least, Copenhagen’s top trends reflected a sense of optimism and enjoyment that the city’s fashion week designers do so well. To begin with, floral prints were a stand-out trend specific to Copenhagen this season, as it did not have a large presence in other fashion cities this season. Floral print was visible in 13% of total images analyzed containing prints, with brands including Soulland and Stine Goya bringing vibrant colors and fun to the table.

Next, the classic blouse appeared in exactly a quarter of all runway images from Copenhagen at 25%. Bohemian tunic silhouettes were the most common iteration, with the V neck being a somewhat surprising neckline that was often used. Skall Studio, for example, opted for a romantic-era blouse, while Malene Birger created a harsher vibe with structured shoulders and neutral to dark colors.

Finally, tailored formal pants rang in at 22% of all the runway images including pants, the same trend we saw in Paris. The revival of tailoring helps to explain the preponderance of this trend, from brands including Saks Potts and Gestuz. 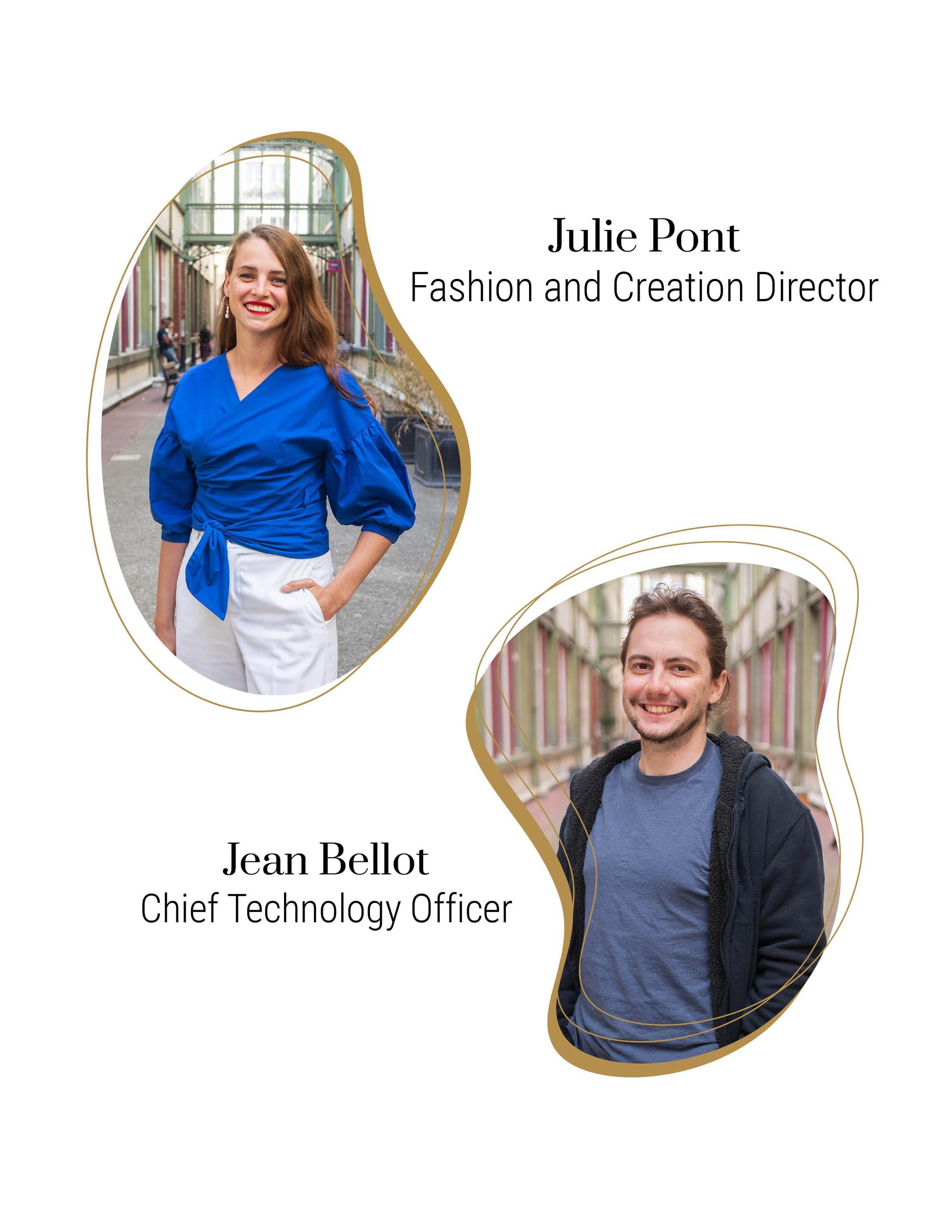 A conversation with Heuritech’s fashion and data experts

At Heuritech, we’re on the front lines of the intersection between fashion and technology. Listen in to how we harmonize the two, both in-house and for our client brands.