The FW21 Fashion Weeks in New York, London, Milan, and Paris bore the closest resemblance to a “traditional” Fashion Month from the “before times” despite Covid restrictions still preventing most brands from inviting physical attendees to their shows.

Compared to SS21 Fashion Month back in September and Men’s Fashion Month that happened in June, Heuritech noticed that brands this season generally preferred a simple, audience-less filmed runway show to present their FW21 collections, compared to previous post-pandemic seasons where far more brands used short films or other experimental digital mediums to present their collections.

Reflecting back to just one year ago, we didn’t know it yet, but we were experiencing our last “normal” fashion month, which was marked by mixed concerns over the growing pandemic. However, just a few days after the end of the shows, we all plunged into the unknown and had to re-invent ourselves.

Although this season was still a far cry from fashion week as we once knew it, a sense of normalcy is undoubtedly resuming, with a palpable spirit of optimism defining many brands’ FW21 collections. While only the future can tell us what history will remember from this period, we guarantee that it will remain inscribed as that of the development of new models, and profound paradigm shifts that have taken place over the past year.

For FW21, designers traded loungewear for party attire, preparing us for the future when social gatherings are finally permitted again. New York based designer Sandy Liang perfectly summarizes this approach that many others took this season, stating that:

“It’s really important to be optimistic and to design things that don’t make sense for right now” but for the future once “normal” life has resumed.

This attitude manifested in the form of flamboyant going-out attire:

Brands like C+plus Series, Del Core, and 16Arlington are a few key examples of brands who explored our flamboyant liberation theme during FW21 fashion month.

The analog nostalgia theme refers to a romanticization of the past, when the digital realm did not yet exist and technology did not yet dominate the world. During Fashion Month, this theme was reflected through artisanal elements like crochet, lace, or quilted materials, bringing to mind garments of pre-industrial times that required a high level of craftsmanship to be made. We forecast that lace, for instance, will only decrease slightly this season.

Designers drew upon a wide range of historical references for FW21:

A sleek, spacey aesthetic emerged during FW21 Fashion Month as another one of the key defining themes of the season. Space Age Core is defined in part by:

One of the stand out shows of this theme was Salvatore Ferragamo’s collection, which was presented in the form of a short sci-fi film loosely inspired by Gattaca, featuring “bionic” bodysuits and transparent ponchos inspired by Blade Runner. Courrèges’ collection was another stand out show clearly in line with this theme, with designer Di Felice envisioning a minimalist space-age collection honoring the brand’s legacy of “radical simplicity”, featuring trapeze mini dresses, monochromatic catsuits, and geometric cutouts to recontextualize the brand’s DNA for the future.

The last major theme we spotted encompasses a traditional, bourgeois vision of fashion where neutral color palettes and luxurious materials are used to create classic, timeless collections. The brands who explored this Old Money theme tended to avoid the use of loud colors, busy prints, or flashy monograms, with Max Mara, The Row, and Khaite being some of the key brands that are known for this discreet yet opulent aesthetic.

Even brands like Fendi and Valentino who do not normally explore old bourgeois aesthetics switched gears this season, both presenting collections in exclusively neutral colors, relying on decadent materials like fur, leather, and feathers to build an aura of luxury.

Curious to see how FW21 trends compare in Europe and the US?

This focus on materials rather than bright colors or loud prints is well summarized by Khaite’s Catherine Holstein, whose FW 21 collection was loosely inspired by the 1920’s, with this era being “a response to the 1918 flu”. Thus, the emergence of this theme represents a parallel to the post-pandemic period of the 1920s, where decadent yet comforting silhouettes like the satin slip dress or fur coat emerged as the new wardrobe staples for the liberated woman.

This season was clearly defined by a response to the pandemic, although designers varied in their reactions and hopes for the present and the future. Thanks to trend forecasting, we found that optimism for post-pandemic times, romanticisation of the non-digital, expectation for a technological future, and a parallel to the 1920s were the overarching themes of this season.

About the writer: Jenna McFeely, Fashion Curator and Trend Analyst at Heuritech

Jenna writes about the relationship between fashion, art, and technology, taking an cross-disciplinary approach to analyze trends in visual culture. 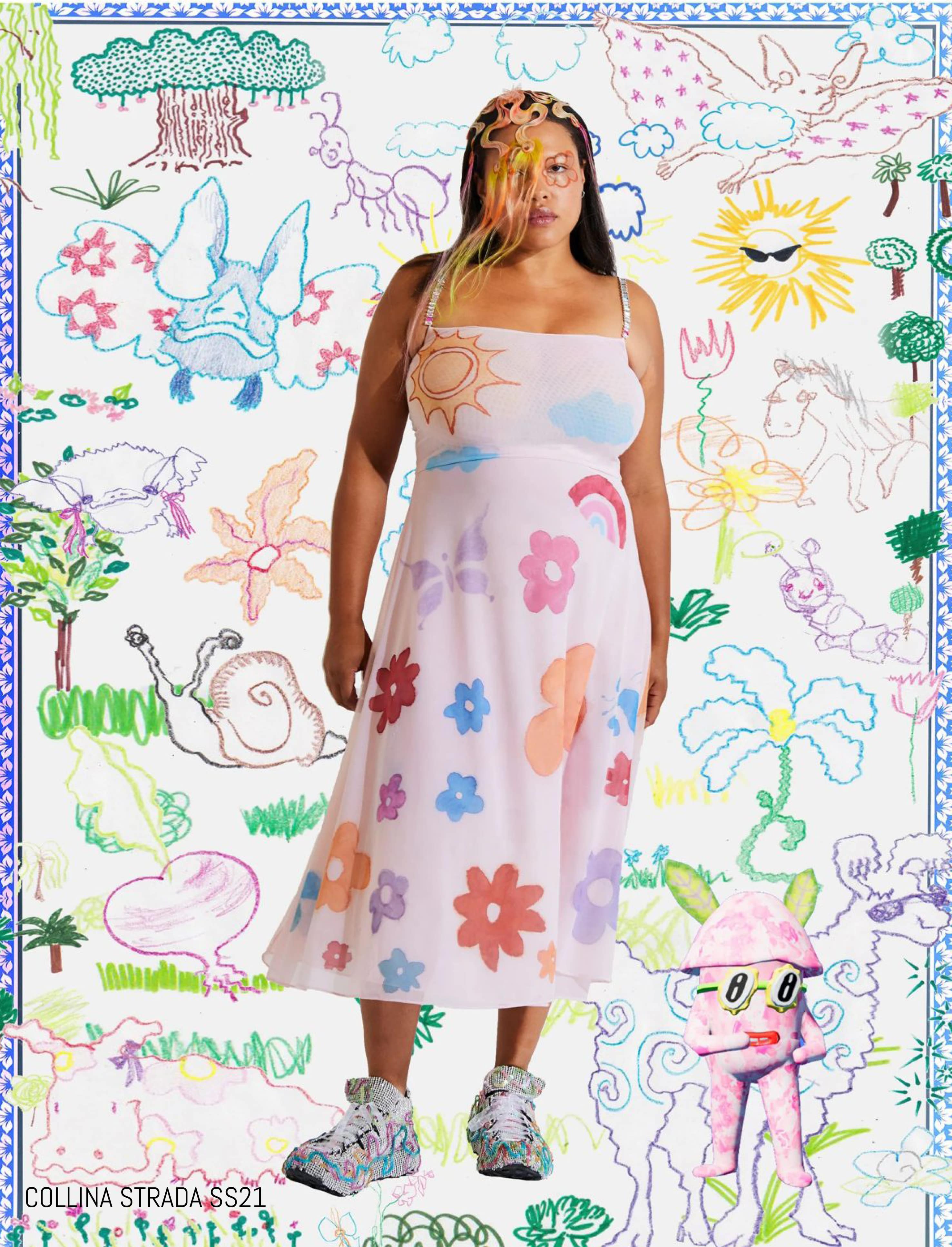 This Fall 2021, two major trend themes stood out for their juxtaposition to one another: different colors, prints, and shapes serve to embody opposing reactions to 2021. 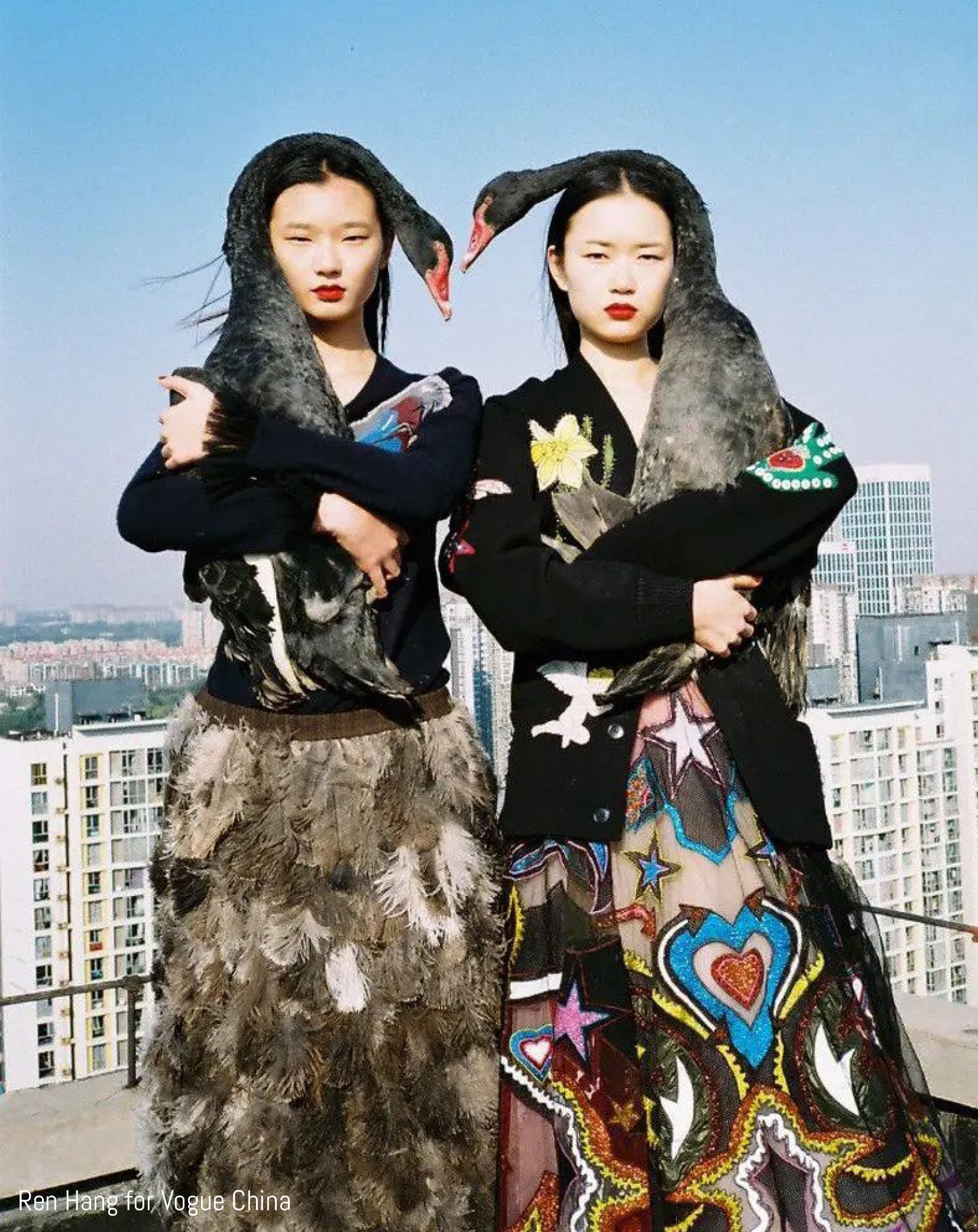 Top 6 trends in China and Japan for SS21

This Spring and Summer 2021 in China and Japan, designers are drawing inspiration from sources old and new to deliver top womenswear trends. 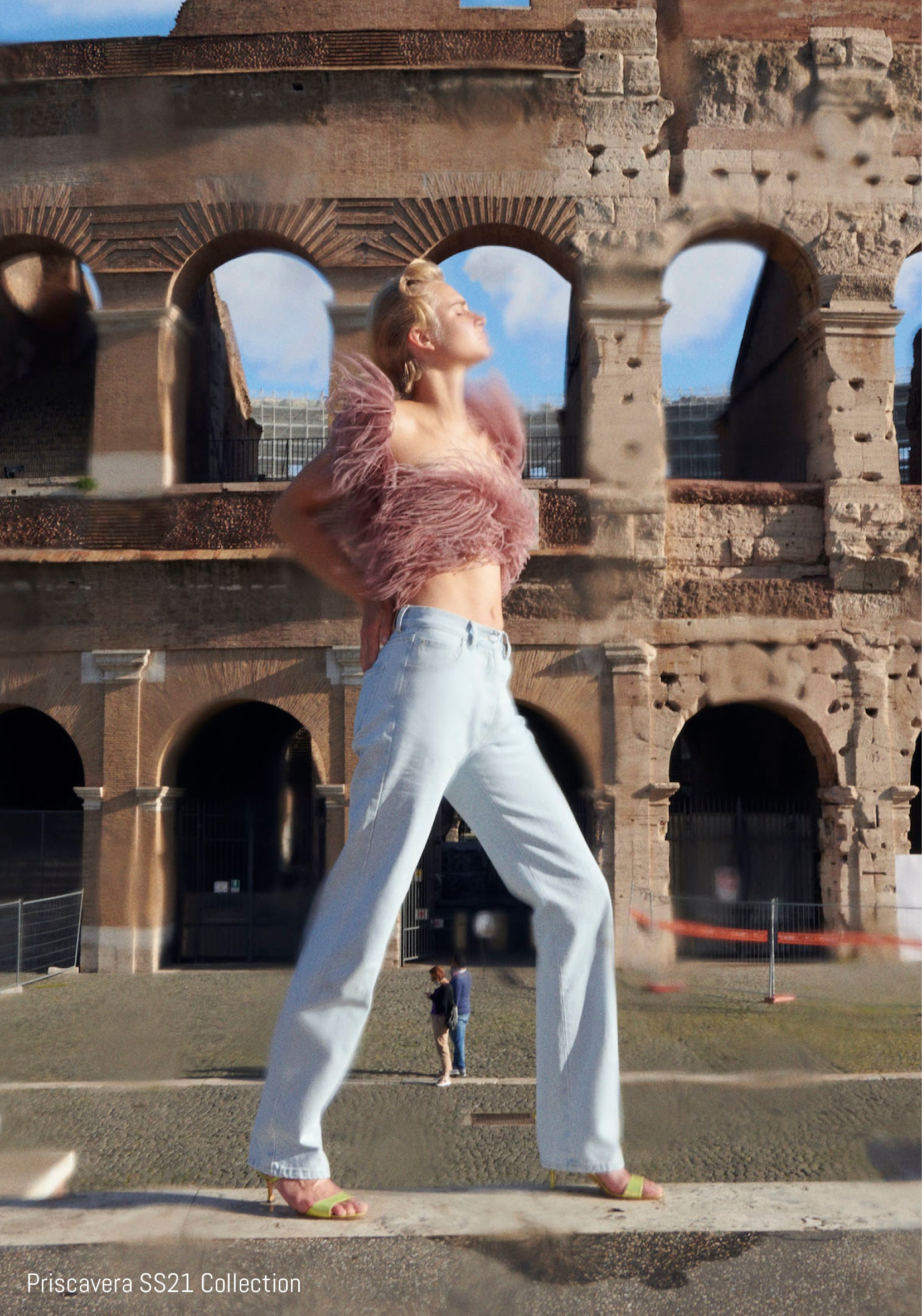 Discover Heuritech’s analysis of the SS21 collections presented outside of the “official” fashion week schedule.