All that she wants: sneakers are for women, too

While sneakers have always found great collectors in men, women have recently proven to be real sneakerheads too. Increasingly looking for comfort, many women have swapped out their stilettos for casual footwear. In the wake of the #Metoo movement, they understand that equality can also be achieved by adopting flat soles in the office.

Striving to empower women, athleisure and sports brands such as Nike, Skechers and Reebok, have heeded their calls for sizing inclusivity and carried out new personalized approaches in product design and sales techniques.

When women fight for recognition in the “boys’ club”

Until 2017, the complaints from female sneakerheads regarding discrimination with male only standard sizing were not taken seriously by brands. Women’s interest in unisex sneakers can partly explain the popularity of models such as the Nike Tanjun, the Converse Chuck Taylor All Stars and the Adidas Superstar in 2017. 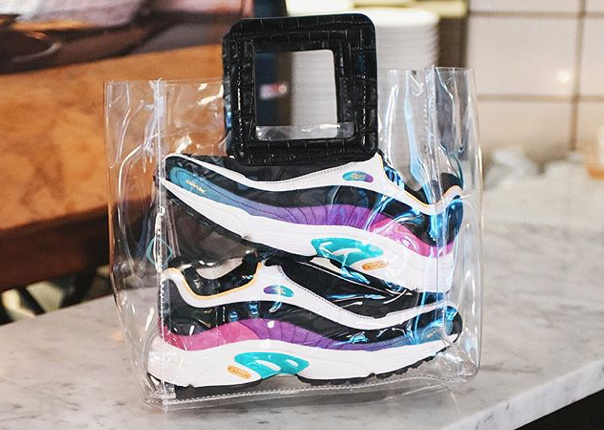 Aside from the 1982 Reebok Freestyle model, arguably the first-ever fitness sneaker created

and marketed for women, sports companies were slow on the uptake due to preconceived notions about the female market.

For Mickey Nassrin, lead buyer for California retailer, Millennium Shoes, “Ladies want to be included in the culture and are building their own movement, they just spin the product differently than men.”

Today, most of the limited-edition drops still don’t include smaller-sized sneakers, thereby excluding women from special editions, collaborations, and a large array of color choices.

Consequently, women are left to choose between a narrow dedicated offering or tapping into the boys section, if not the kids one.

On the other hand, Hollywood has created very few charismatic sneakerhead heroines aside from the notable Kill Bill bride character, with her yellow Asics Onitsuka Tiger Mexico 66 sneaker, or Suicide Squad’s Harley Quinn, with her Adidas high-heeled statement sneakers by Jeremy Scott.

Since then, however, brands have rapidly come to understand the huge opportunity presented by this formerly undervalued demographic. 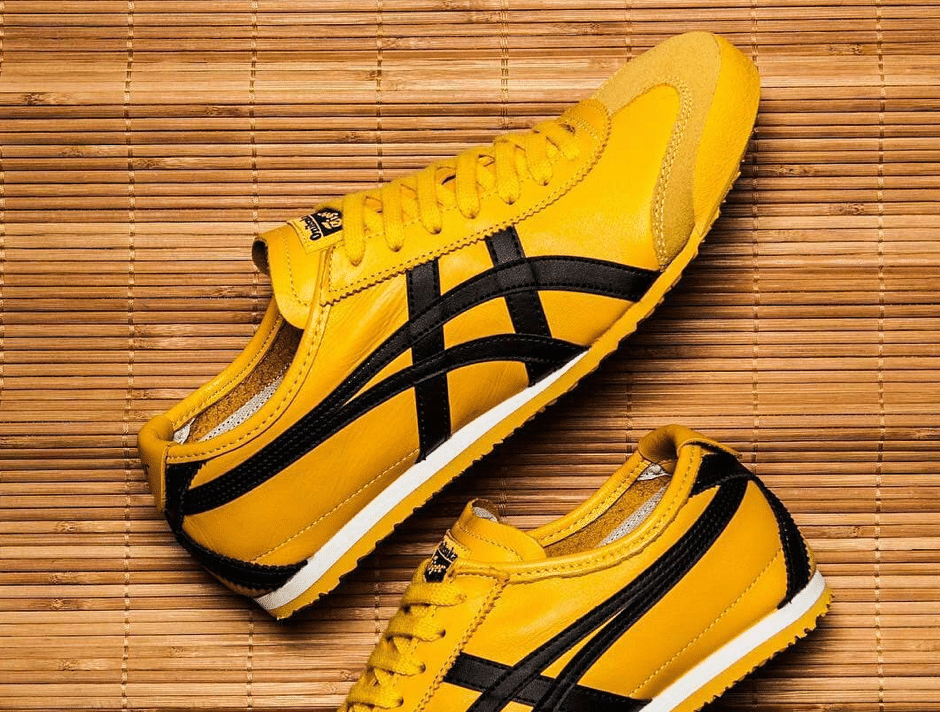 Wardrobe casualization in the workplace and the quest for comfort has come at the expense of women’s high-heels. NPD Group found that in 2017, women’s sneaker sales increased by 37%.

Other research shows “there was a 10% drop in high heel sales in the month following the emergence of the #MeToo movement, an effect particularly noticeable in the red heels category”, according to David Dubois from INSEAD.

Together with 3 other researchers (Clément Bellet, Frédéric C. Godart and Shilaan Alzahawi), he leveraged multi-country data reflecting actual shoe sales and examined the effect of #MeToo on consumer purchases of flats vs. heels.

This wave is mainly fueled by a younger audience. Similarly to the upheaval in the lingerie market, women are no longer shopping to satisfy male desires but rather for their own enjoyment.

West’s Yeezys for Adidas. The shoe was lauded as one of the most female-friendly size ranges (men’s size 4 to 13) when it launched in 2015.

New sneaker brands such as Allbirds decided to push back against female exclusion by creating made-to-measure shoes.

In response, each sports brand decided to release their own female-specific models: Adidas designed an unprecedented flexible running silhouette, the PureBoost X, the result of 3 years of research and development, and Skechers launched its D’lites model, which flooded the catwalk this season at several fashion shows.

In 2016, Puma released the thick-soled Fenty Creeper, designed in collaboration with singer, Rihanna, as a women’s only shoe, but which incidentally also had a huge following amongst men.

The underserved female athletic client found an attentive ear in Nike. 2018 marked a real turning point for the “it” brand with the launch of the first ever Air Jordan collection purely for women.

Nike wants to grow its women business from 6,6 billion to 11 billion by 2020 with one clear goal: to broaden women’s access to sports. More than “female-specific shoes”, women want expanded sizes that go below the male size 5, while current limited-edition sneaker drops only start at a men’s size 8.

For Nike VP and Creative Director Julie Igarashi, “it’s the idea that not one size fits all in the women’s market.” Research led to the following key client insights: sneakers have to be functional, convenient, versatile and cute.

In response to these findings, Nike’s new strategy towards women has developed around three principles: retail distribution, community and female creative partnerships. 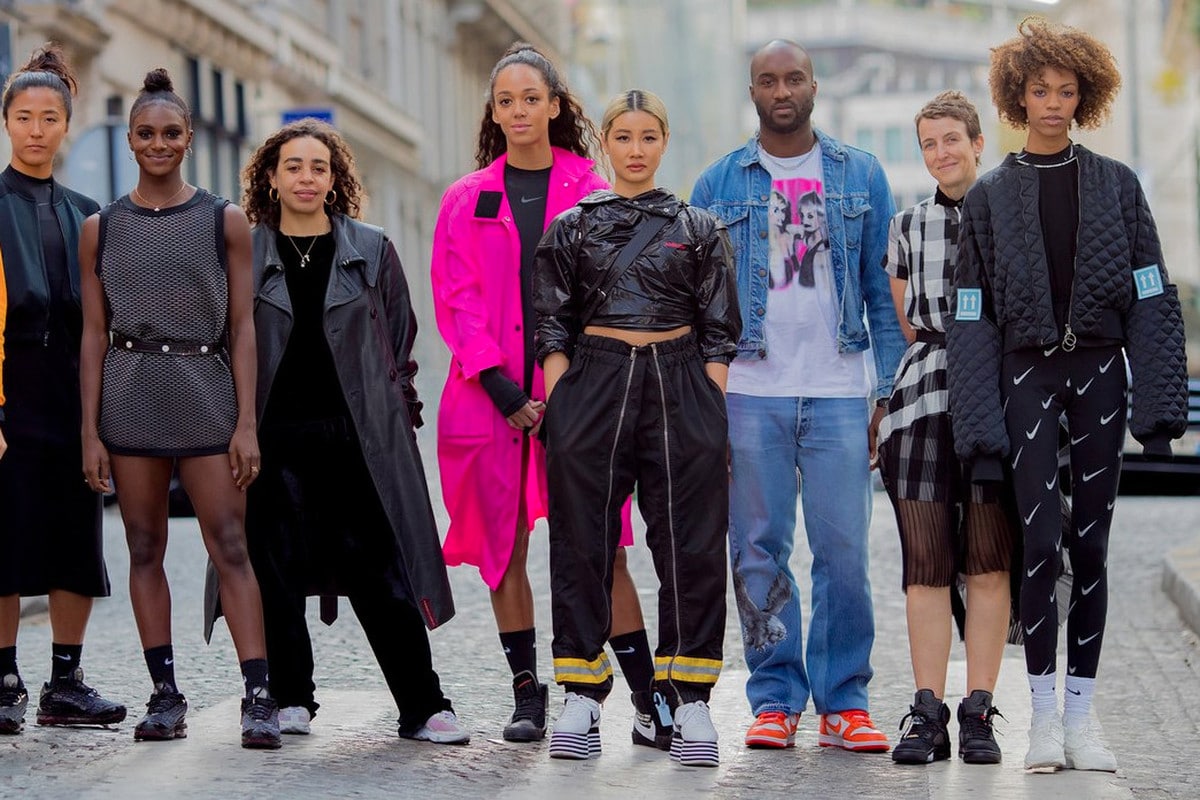 All sneakers, including the Air Jordan, now come in an expanded range of sizes, designed with the help of athletes renowned for their excellence in their fields and influential creatives like Menswear Designer, Martine Rose, or Yoon Ahn, Ambush Co-founder and Jewelry Designer at Dior Men.

Sneaker trends for women: sisterhood is the key to their hearts

One certainty in the sneaker industry is that women identify as female first and customers second. The social fitness movement has changed women’s habits by introducing activities such as yoga, pilates or spinning. As opposed to the previous generation, millennial women often exercise indoors and in groups. Women find sneakers attractive because they are a relatable product with a narrative that goes beyond a single context, contrarily to high-heels.

Social media is no stranger to sneaker fans thanks to brand ambassadors and their signature sneakers such as Kylie Jenner’s Adidas Originals Falcon, Selena Gomez’s Puma Defy or Gigi Hadid and Cardi B’s interpretations of the Aztrek model.

Up and coming sneakerhead influencers like Aleali May, Anna Bediones or Ava Nirui have also convinced many girls to enter the sneaker game. 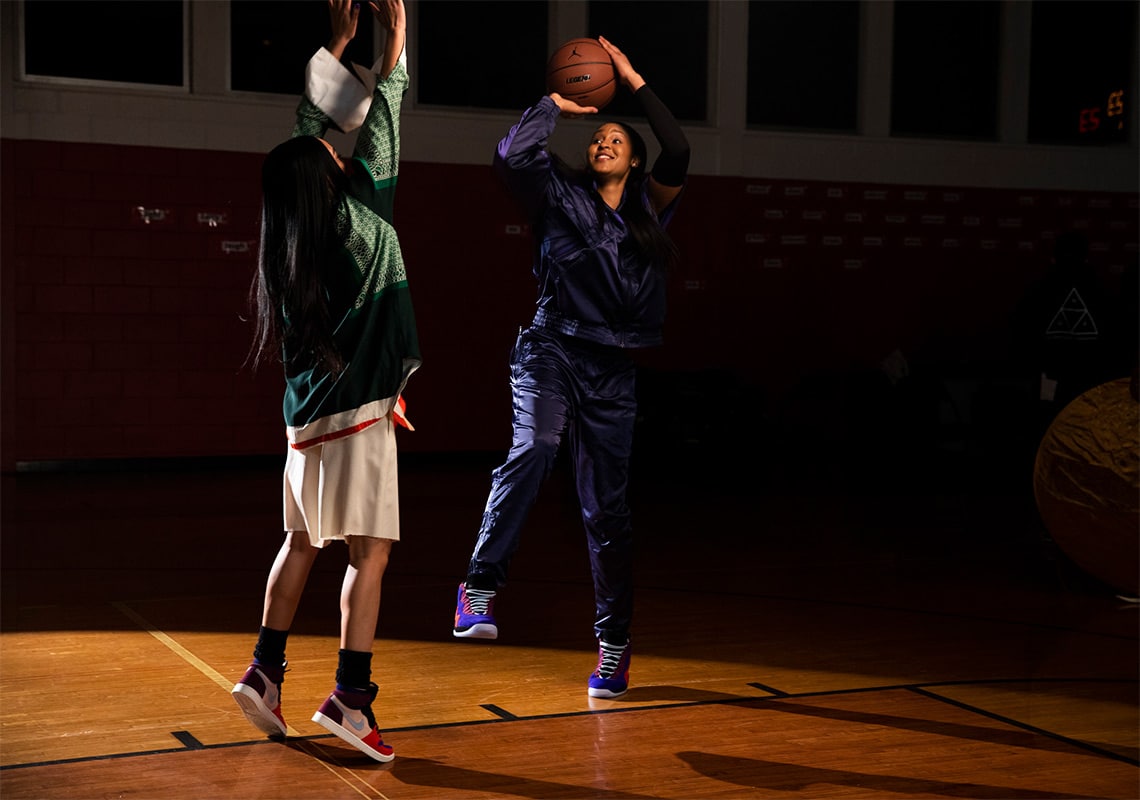 Sports sneaker brand’s celebrity endorsements tend to feature ambassadors with more multifaceted personalities mixing entrepreneurship, activism and maternity for example such as Serena Williams, who has already teamed up with Off-white and Nike for the Queen collection.

Signs of this increasing female empowerment on the sneaker scene can be observed through dedicated women’s sections and editorials, such as the Reebok podcast Flipping the game, or ecommerce shoe specialist, Zappos, delivering daily sneakerheads stories through its The Ones section.

The sneaker-led secondhand male online marketplace, Grailed, launched its sister website, Heroine, in 2017, as a community-driven marketplace that allows women to shop, sell and explore fashion.

There is still room for improvement both in female empowerment marketing and a more widespread offering for brands.

Looking to create relevant products for consumers and measure their desirability when launching?

Heuritech is here to help. Measure the success of your launch among influencers and consumers thanks to our product intelligence engine, and better forecast your stocks. 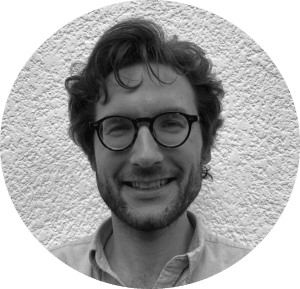 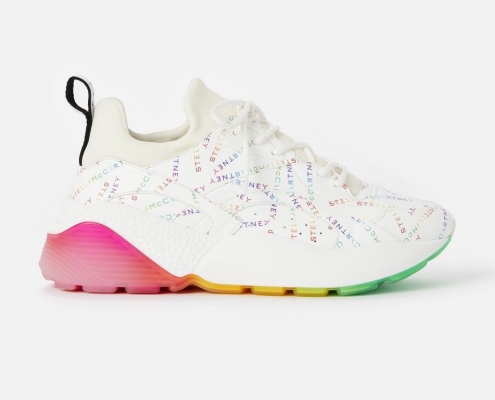 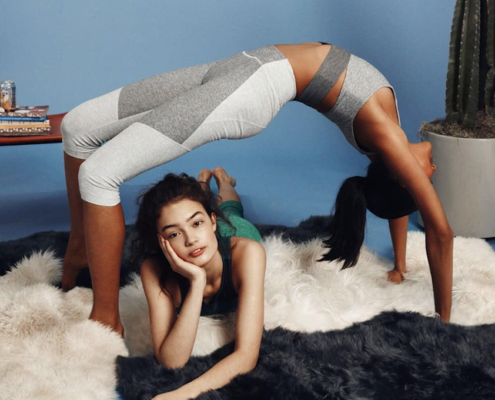 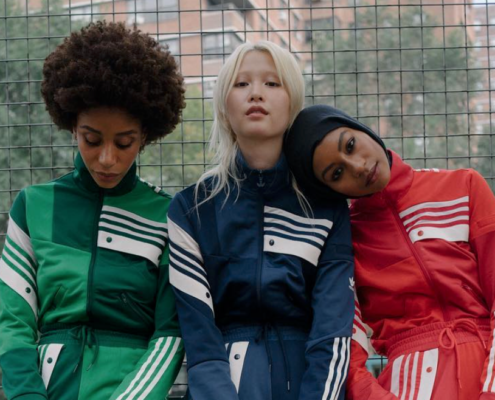 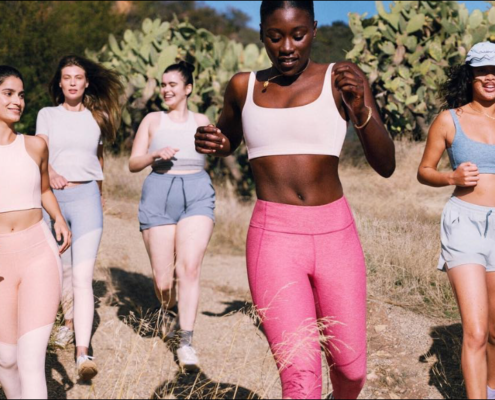 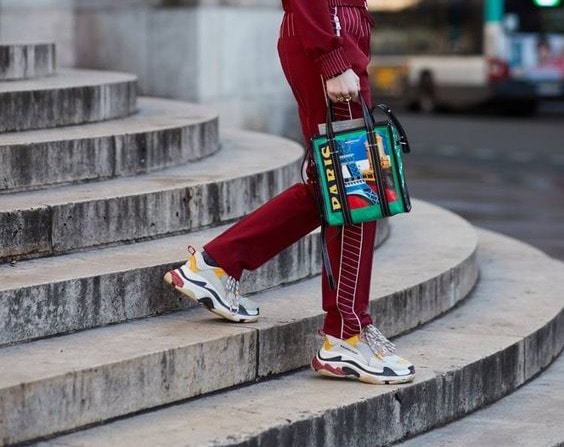 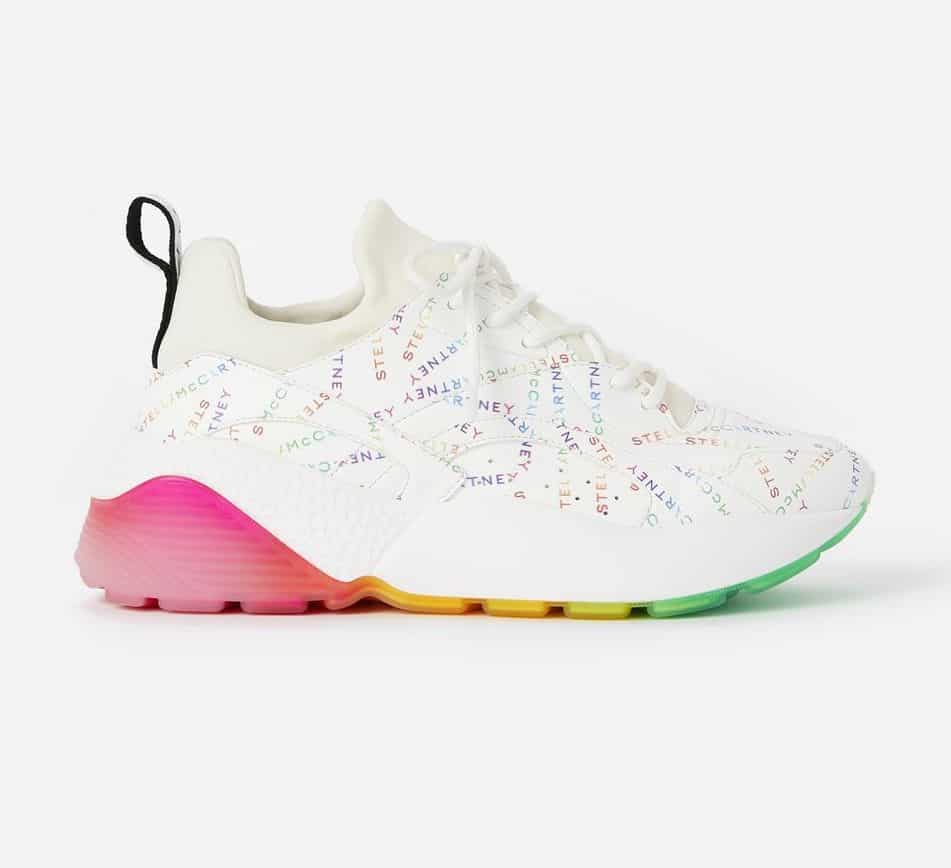